All of a sudden the last day of the inland wildfowling season was upon us, so I headed off for the morning flight decoying with Vikings photographer David North in tow. I explained that where we were heading to has a large Dam close by where the Geese roost and flight in and out of when feeding on the sewn grass fields I shoot.

After a short drive we arrived at the ground on the North Yorkshire Moors, there wasn’t a breath of wind and it was minus 7. Kit on and we headed across the field in the dark where I quickly set up the hide against the hedge then set the decoys out in front of us with the aid of the new Streamlight Bandit Pro LED head torch. (the new Pro version has a much longer running time than the standard Bandit, allowing you to benefit from the two light settings for a much longer period in the field). 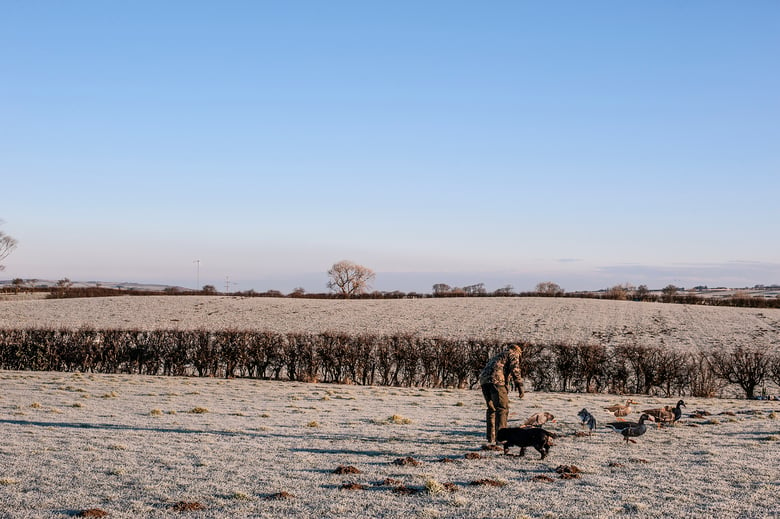 As light started to break, the Geese on the dam behind us started chattering and moving around the water. Although the majority on there are Greylag, you could hear the higher pitched call of the odd Pinkfoot and the deeper call of the Canada.

I could sense by the calling that there was a skene up behind us. I picked up my Breda semi-auto shotgun B3.5SM and loaded up with three cartridges. Looking through the hedge I saw a small skene, I called them to the best of my ability but they knew where they wanted to go and flew out of sight. Another skene was up and this time responded and reacted to my call. They saw the decoys and came over nicely where I took a clean left and right, we won’t mention the middle one! 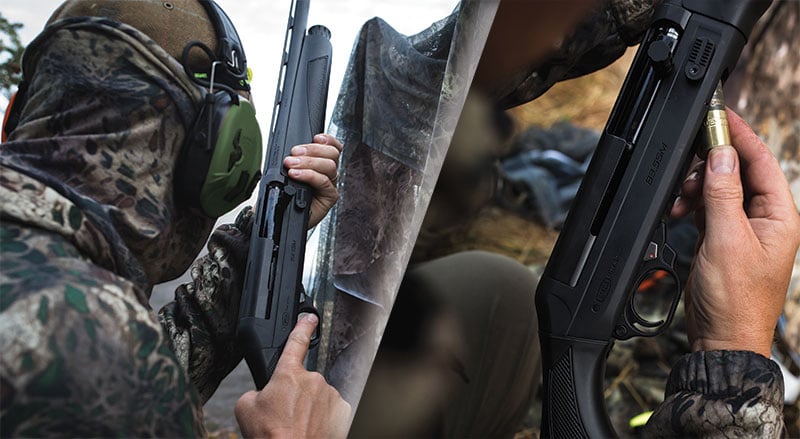 Suddenly it was daylight and we had bright skies and still no wind at all, the ground completely white over in a heavy sparkling frost. Skene’s continued to flight off the dam in perfect small numbers but sadly they went off in every direction possible and proved increasingly challenging to pull in for a shot. Not surprising in all honesty as they are very wise and wary by the end of the season. Thankfully though several skene’s, pairs and singles did oblige allowing me to take a few more selected shots with the Breda and stock the freezer up.

In summary it was a cracking final flight for the season and another faultless performance from the Breda B3.5SM super magnum. I have used and owned many Semi-Automatics over the years for my keepering, vermin and wildfowling duties and yes, some have lived up to the term Jama-matic. However this Breda is a pleasure to own and use, it has not faulted once over the past year and cycles everything from a 24gram training load up to the heaviest of 3.5” loads with its inertial action and rotating bolt. With the various colour options available along with the option of multi choke barrels from 24” up to 30” it really is a semi automatic gun to consider.