Home » Latest » Could you handle a Haenel bolt action rifle?

Could you handle a Haenel bolt action rifle? 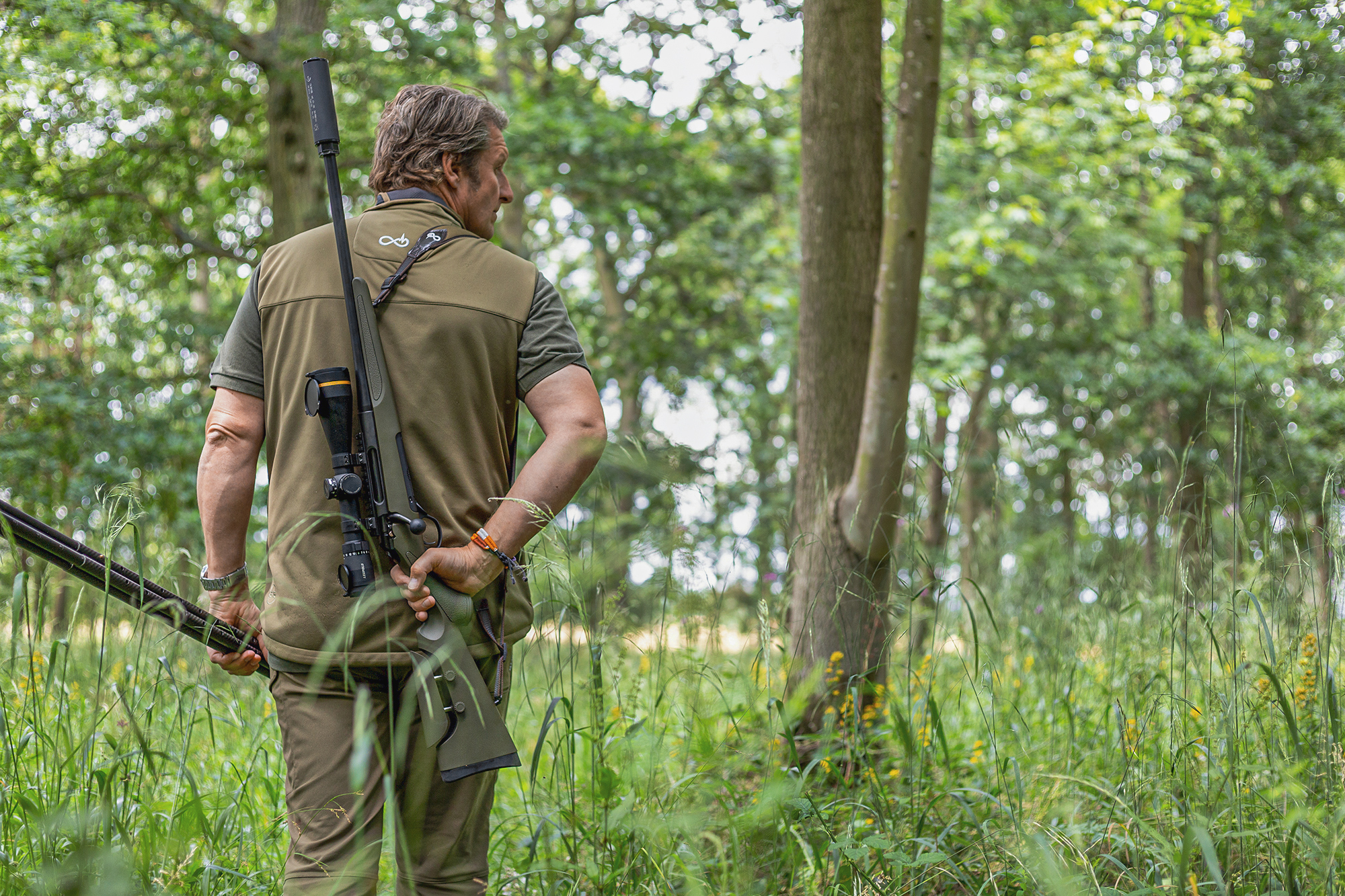 I think it’s fair to say that we’d all like to stand out from the crowd a little, or at least not be seen as just the same as everybody else. This applies to our cars, our clothes and yes, in our rifles too. Of course, there are products that are just so good that we feel compelled to buy the same model as our mates but it’s nice to buy something different when you can.

With that in mind, I was thinking about mid-range rifles from the big manufacturers and wondering what else was on offer that would allow an individual to show some original thinking. I’ve seen Haenel rifles at shows and thought that it would be interesting to learn a bit more about this prestigious brand and which of their models are available in the UK. In a world full of straight-pull rifles, the Jaeger 10 is a conventional bolt-action, albeit with some subtle improvements. It’s also classically styled in a world of tactical wanabees, something that appeals to many hunters.

Being a German manufactured product, I could immediately see just how nice the engineering was and the slick, rattle-free bolt cycle was noticeable straight away. This old-world steel work contrasts in some way to the modern synthetic stock and perhaps the synthetic trigger guard and magazine base. We’re not used to seeing ‘plastic’ parts on German guns, but modern polymers are incredibly tough and practical, and seeing as synthetic stocks have become universally popular, I can see other contact points going the same way. Adding to the tough credentials, all the steelwork is covered with a matt nitrate coating which is durable and scratch resistant, so if you snag it while crossing a barbed wire fence, it won’t notice. Also, being matt it creates no unwanted reflections that might spook your quarry.

It was clear to me that Haenel planned to make the best hunting rifle they could for people who get out in all weathers and use their guns hard. Of course, however well-built a gun is, a truly soaked rifle will still need careful, proper drying, but you wouldn’t need to worry about split walnut or a rusty trigger guard.

The trigger blade is stylishly swept back in keeping with a heavily raked pistol grip and I found the fit very pleasing. This traditionally styled combination helps the rifle come into the shoulder very naturally, something highly prized by driven game shooters. From the factory, the pull weight is three pounds, on the safe side of comfortable, but broke cleanly and consistently making it a pleasure to use.

On the top right of the action we find a rocker style, three-position safety. It’s set quite well forward and I found that it was best operated with my trigger finger rather than my thumb. Being able to extract a live round with the safety still engaged is just how I like it. They say that the most dangerous time is always when loading and unloading a gun, and this type of safety is a great help in minimising the risks. I also appreciate that the safety locks the bolt so that it cannot be accidentally lifted as you brush past bushes and brambles, something that has happened to me in the past with other rifles.

Beside this is a large ‘cocked action’ indicator which is again right up my street. I like to be able to feel the indicator while still keeping my eyes on my quarry and this one worked perfectly like that. The bolt lift is just 60 degrees thanks to the six-lug bolt, which looks like some very fancy CNC machining was employed in its manufacture. A large ball on the bolt handle made it easier to grab and positive to grip. The short, slick throw makes for very fast reloads which the driven game fans will appreciate. Some say that bolt action rifles have had their day for driven game and that straight pulls now rule the roost but I still think a conventional bolt action has its place. For a start, they’re far simpler, which makes them cheaper to manufacture and way easier to maintain, especially in wet or dirty situations. Yes, the straight pull might be quicker, but speed isn’t everything and if like me, you typically fire one shot and then go home with a deer in the boot, speed means nothing. Horses for courses, I say.

I like detachable magazines as making a rifle safe is quick and easy if your gun has one. The Jaeger 10’s is the double stack type, holding three rounds, plus one if the chamber if you’re looking for maximum capacity. As mentioned, the exposed base plate is synthetic while the body is steel for strength. A highly unusual feature is the large, ambidextrous release lever. This was clearly designed to be easily accessed in the field, even with cold, gloved hands. Cleverly, it allows the mag’ to be inserted silently, so you know it was a jaeger, the German word for hunter, who designed that feature. When I climb into a high seat, I follow good safety practice and unload my rifle, so a box mag’ is very welcome. I can chamber a single round silently but some mags’ click very loudly as they’re inserted, but not this one. It’s a great feature.

I mentioned earlier that the styling is quite classical, being slim and curved in all the right places. However, two things stand out immediately. The first is that the forend has not one, but two sling swivel studs. This lets people like me fit a bipod and a sling straight from the car and remove the bipod quickly and easily on the move if I find I don’t need it in that moment. This can save a lot of time compared to hanging your sling attached to the bipod.

The second stand-out feature is one that I really like, or should I say insist on these days. The cheek piece is adjustable for height, allowing us to get the perfect head position on the stock no matter what scope and mounts we choose. It will also be appreciated by those using night vision or a thermal scope, both of which can sit uncomfortably high for a non-adjustable stock. Adjustable cheek pieces make such a huge difference to stock fit, comfort and consistency that I cannot imagine using a rifle without one.

I noted that the stock’s construction felt very solid and rigid, and this is backed up by Haenel’s bedding system, so flex and unwanted movement should be no concern. The surface treatment however, is quite soft and tacky, aiding grip for cold, wet hands. I use stocks with this kind of finish regularly and can speak from experience about just what a good idea it is. Polished walnut looks like a bad idea to me now. I particularly like the Forest Green option which costs no more than the black and I like to think of it as ‘free camouflage’. Black is an usual colour in in woods or farmland and I feel the green blends in just that bit better.

Another highly visual feature is the long Picatinny rail bolted to the top of the action. I’ll confess that I think they’re a little inelegant but it cannot be denied just how practical they are. Coming factory fitted, you need not worry about buying the right scope bases and then fitting them perfectly aligned. Just buy the scope rings of your choice and bolt everything together, which is infinitely easier than separate bases and rings. A Picatinny rail also allows you to swap from a day optic to NV or thermal in minutes, and if you’ve bought high quality rings, it should go back to zero each time with no worries. Finally, it also represents a genuine saving in the cost of bases and perhaps your gunsmith’s bill in installing bases for you.

Up front we find a 15x1 screw thread around the muzzle to accept a moderator which has a screw on cover from the factory. Perhaps it’s just my impression but this thread spec’ seems to be growing in popularity and more and more mods’ are being offered in it. I don’t know if there’s any advantage in it over the old ½” UNF standard or that it’s just a metric choice, so what the Europeans would naturally choose. 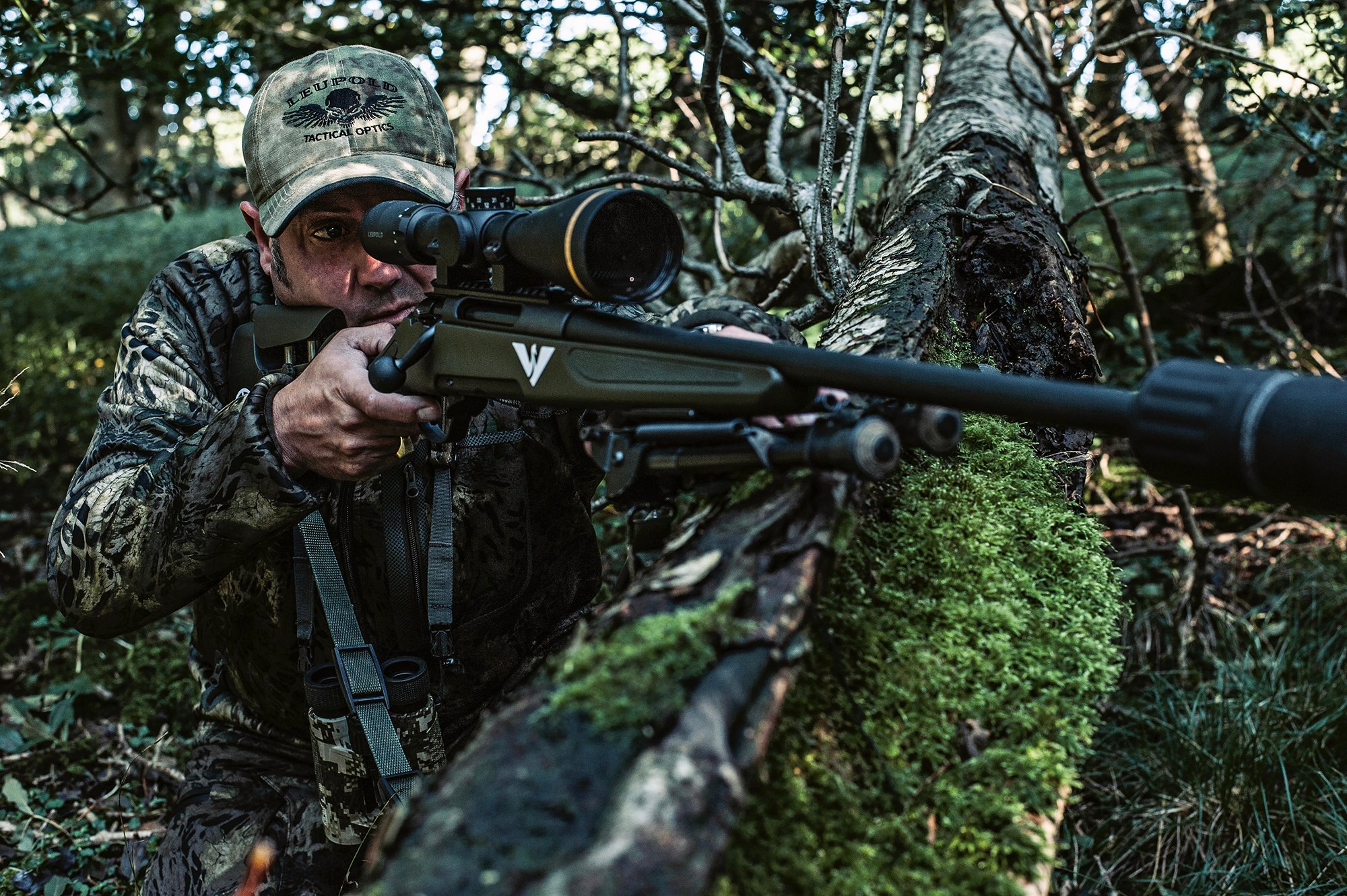 The choice of calibres is quite small but very sensibly chosen as it represents most of the very popular ones for the UK hunter. You can choose from .223, .243 and .308, which must account for half of the bolt action rifles in the UK. Next Jaeger offers 6.5mm Creedmore which seems to be gaining in popularity with all its modern, high-tech efficiency. Finally, for those needing a bigger bang, the ever reliable .300 Win Mag tops the range, so there’s a Jaeger 10 bolt action rifle for every hunting situation the British shooter might face.

If style and tradition are what turn you on, you can choose a walnut and blued steel version called the Jaeger 10 Timber LX if you want traditional beauty above practicality. The performance will be identical as mechanically they’re the same gun but it would seem wrong to me to bash a rifle like that on the door of your truck or get it covered in mud and blood on a mid-winter stalk. Still, each to their own. Eh?

At around £1500 you can’t call this a cheap rifle, but I think it is a lot of gun for the money and you won’t need to be choosing from the options list to get everything you need. This is a professional quality, ready to hunt rifle straight from the box: just add the scope and moderator and you’re ready to go.

So, if all your stalking mates are ‘driving’ Sako 85s, then you need to show up with a Jaeger 10 to show them you can think for yourself. You’ll have all the top-quality engineering kudos and prestige that they have but you’ll stand out from the crowd by going your own way, not like the other sheep in the flock. Perhaps the Haenel Jaeger 10 range isn’t that well known yet but I have a strong feeling that we’ll be hearing much more about this fine rifle in the future. 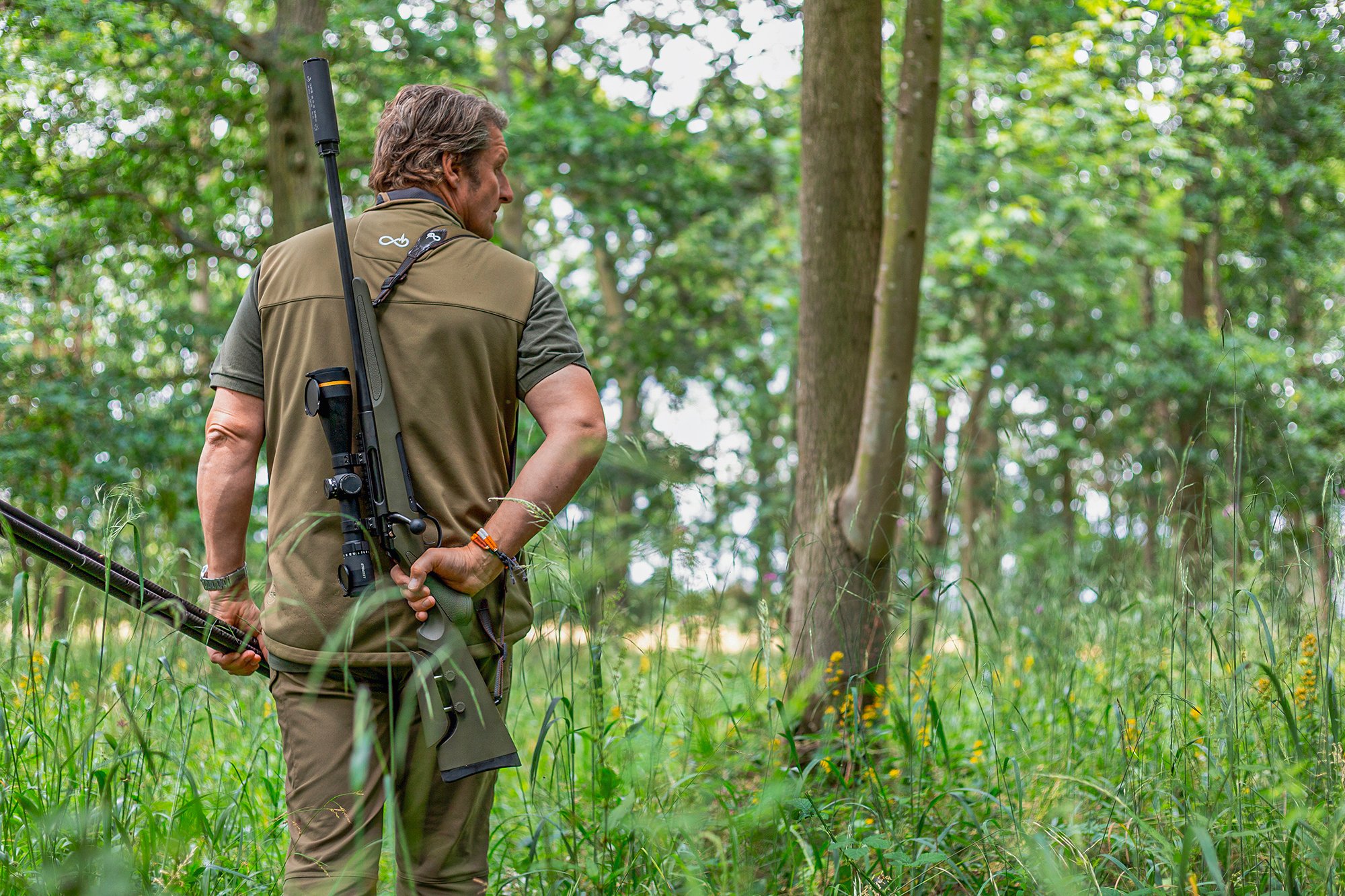