Home » Latest » Keeping it in the Family: Three Generations of Gunsmiths

Keeping it in the Family: Three Generations of Gunsmiths

In our latest dealer spotlight series, we catch up with Darren Hartshorne, a third-generation gunsmith and Merkel dealer who owns and operates Mid Counties Blacking.

The Mid Counties Blacking business has been passed down from father to son for three generations until last year when Darren’s father passed away. Until 2021 grandfather, father, uncle and son all worked in the business customising guns, blacking, creating bespoke wood gun stocks and engraving weapons.

Despite the passing of Darren’s father, the business continues to go from strength to strength. They have recently bought a second building, become a Viking Arms specialist Merkel rifle dealer and further established their reputation as one of the few ‘true’ gunsmiths remaining in England. 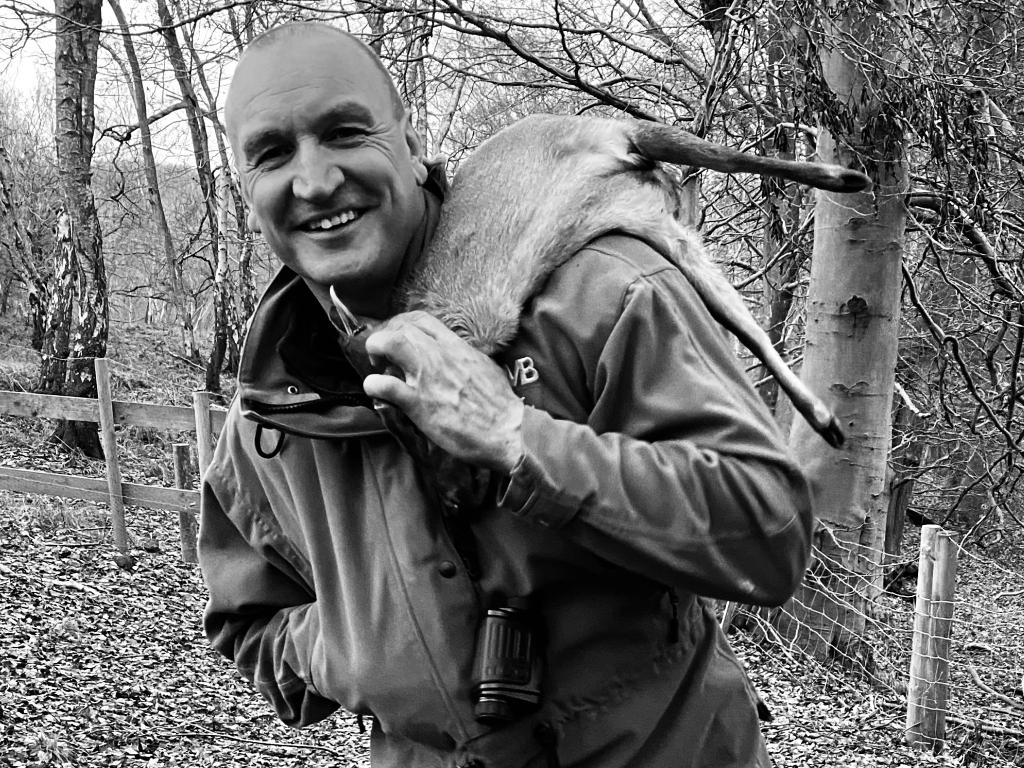 They offer a unique service to customers too. They have their own range 100m range with a 30m bank to allow customers to sight guns in and demo how they work which helps them experience the gun before they buy. Because Mid Counties Blacking is such an established name in Lichfield Darren also has access locally to stalking, farms and acreages of land where red deer graze. Many of the landowners rely on Darren and his team for wildlife management. From time to time if Darren has a customer who is genuinely interested in purchasing a high-end Merkel rifle, he has the option to take them out with a sample gun, get it sighted and explore the functionality of the rifle on the ground in pursuit of a red deer.

"There are a huge amount of deer in Lichfield and the surrounding areas, it’s ideal for taking prospective customers out to stalk. We then gralloch and take the deer to the local butchers for preparation and vacuum packing. It means prospective Merkel rifle owners can truly try before they buy".

The last prospective customer they offered this experience to, culled a red deer and loved the trial Merkel Helix Speedster he was using so much that he purchased one that day with a second barrel 300 win mag 308 double and flight gun case.

Darren’s relationship with Merkel extends way before he became a Viking Arms specialist dealer. He’d heard a lot about the Merkel rifle range and was interested in the engineering and design of the modular system of the Merkel Helix rifle models. At IWA one year he met their technical team and grilled them about the functionality of their products.

‘I was impressed with their extensive product knowledge but also their technical understanding of how the modular system of the Merkel Helix rifles had been engineered. Having used the rifle and been impressed by its lightweight but quality design, the natural next step was to begin stocking the range in our shop.’

The craftsmanship of the Merkel appealed to Darren; with many gunsmiths now out-sourcing their craft or relying on CNC machines for the detailed finishing or maintenance of clients’ guns, Darren remains passionate about his trade and continues to practice his woodwork expertise and metalwork craftsmanship on clients’ guns who travel from miles to enlist his services.

‘Gunsmiths are increasingly few and far between, it means that more and more people are coming to us for their finishing, blacking, fit, mechanism repair, spring making and all of the difficult elements of gun and rifle maintenance that people have lost their skills on”.

Darren also fields a number of unique requests to work on guns that are obsolete or create parts that are no longer being manufactured.

‘I grew up around guns and from the minute I could, I got involved in the business and was educated on the job. My only fear now is that my three daughters are uninterested in the trade and the family business may not continue in the future in its current form.”

In order to build-up the business for the future, Darren has taken on a number of apprentices. It’s not a career path for the faint hearted, Stef was recruited eleven years ago and is still training.

“Training is for a very long time with a small wage. It’s a lifestyle. It’s not a career that will make you a millionaire, but it’s one that is hugely satisfying and rewarding in many other ways”.

“We’re known and trusted in the area. Estate owners, farmers and landowners rely on our family and the business to provide deer management in the region. It’s a necessary job, but also a great perk of the career".

If you’re interested in purchasing a Merkel rifle and what to demo it on the range or on a stalk get in touch with Darren by emailing sales@midcountiesblacking.co.uk