The Haenel NXT hunting rifle combines performance with sustainability. Everybody involved in shooting and fieldsports needs to do their utmost to show their sport in the best possible light. When it comes to stalking, stalkers exhibit their responsible and principled behaviour in a number of different ways.

Until now, the ethical stalker was unable to choose a rifle that itself was sustainable.

But with the arrival of the new Haenel NXT this choice is now available.

The Haenel NXT is the first of its kind – an unprecedentedly sustainable rifle. Three strong, environmentally friendly credentials make up its design. 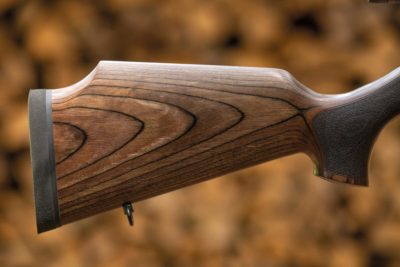 The stock is made from sustainable materials

The new Haenel NXT has a lightweight, composite wood stock that has been created from laminated sustainable beech (rather than a slower grown tree species), offering the durability of a synthetic stock but with environmentally friendly credentials. 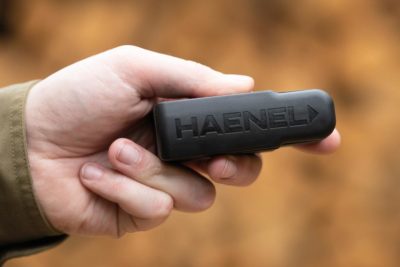 The trigger guard and magazine are constructed from bio plastics

The Haenel NXT trigger guard and magazine well are formed from tree resin, which are created naturally from the forest and other biological material rather than petroleum. Why is this key to a rifle’s ethical credentials? Chemical engineer and researcher Ramani Narayan of Michigan State University explains: “The argument [for bio-based plastics] is the inherent value of reducing the carbon footprint. ” (Source National Geographic) 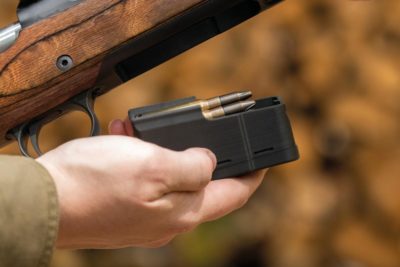 Opting for non-toxic ammunition goes hand in hand with responsible shooting. Haenel has addressed the issue by designing a barrel which takes lead-free ammunition. Suitable lead-free ammunition from Lapua and Sellier & Bellot (S&B) is offered by Viking. Shooting Times contributor Chris Dalton says: “I have used S&B Blue ammunition now on sufficient outings to be totally happy with its performance under field conditions.”

The Haenel NXT matches its environmental credentials by turning in a superb performance in the field. It is a straight pull bolt action rifle, offering more speed when cocking and repeating than a conventional bolt action rifle. A straight pull action on a rifle creates only minimal movement, which enables the user to hit the target more accurately. The gun is held more securely too and the whole process is swifter and smoother as a result.

The rifle also offers a number of safety assurances. It has a new kick-down manual cocking device and chamber lock. The bolt handle can be locked for stalking and handling. 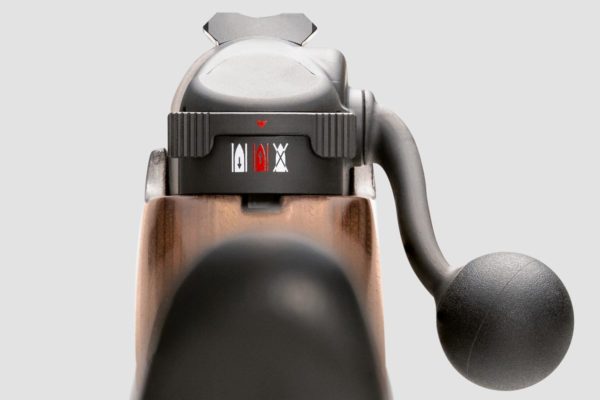 The chamber lock slide differentiates with three positions between the safe unloading position, where the system is de-cocked (left), the red firing position in the middle and a safety position (right) for rifle travel which blocks the bolt handle.

Standout features of the Haenel NXT